Picking the Perfect Home Style For You 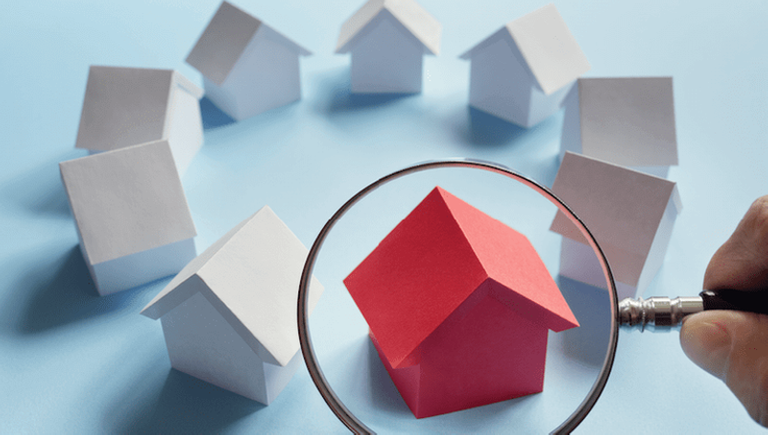 Should We Be Afraid of Institutional Investors in the Home-buying Market?

Can You Refinance Your Current Home Before Buying A New One?

Determining How Much You Can Afford When Buying A Home

For the first-time buyers, terms such as multi-family homes, colonials, and co-ops can be new and overwhelming.This post is meant to give you a crash course on a few different terms you may encounter in your home search.

Single family homes are structures maintained and used as single dwelling units. Simple enough? Not quite. This category has many sub-types. Knowing a few of them will help you narrow your search.

This style of home dates back to the colonial period in the United States and originated from England. The symmetrical design is arranged around a large open living space called and has high elevated roofs to protect against New England snowstorms. The style became popular in the late 1940s and 1950s when American GIs returned home from World War II and looked to settle down and start families. Many housing developers seized the opportunity to build a community of look-alike houses quickly and cheaply, borrowing idea of the assembly line from Henry Ford. They used the Cape Cod-style as their standard design, and it quickly became the most popular choice for young Americans. Most postwar Cape Cods have one bathroom, two bedrooms but very few exist today in their original form. Since then residents have added more bedrooms and bathrooms, and even second floors.

Soon, housing developers began introducing new designs to their assembly line. Since the term Cape Cod originated from East Coast, they looked to the West for the term “ranch”. This new design describes any house with a bedroom, kitchen, and living area all on one level. They started gaining popularity in the 1950s and are still a popular style today.

This style gained popularity in the late 1950s to 1970s for two reasons. First, Ranch and Cape Cod-style homes became too popular and people wanted something a little different. Second, the style allowed builders to build the same sized home on a smaller plot of land, which made this an inexpensive option for American buyers. Splits usually have a kitchen, dining area and living room on the main level. A half-flight of stairs leads to up to three bedrooms. Another half-flight leads downstairs to the family room and a garage.

A favorite in the 1970s, raised ranches are a one-story ranch propped atop a high foundation, allowing the owner more space downstairs without raising the construction cost appreciably. The fad died quickly however because most buyers did not like the separation of family activities between the kitchen upstairs and the living room downstairs.

When baby boomers began to approach middle age in the late 1970s and early 1980s, they looked to move into a more luxurious and spacious home. Developers addressed this demand by building two-story houses, usually with a central entrance hall, called “Colonials." Colonials were built to have four bedrooms and two full baths on the second level, and an eat-in kitchen, formal dining room, family room, and formal living room on the first level. They usually have an attached two-car garage as well.

As the United States entered the prolonged economic expansion in the 1980s and 1990s, wealthy and status-conscious professionals in their mid-career began to look for high-end luxury homes. Developers began building mass-produced luxury houses termed “McMansions” to address the demand. McMansions can come with a variety of facades: Tudor, Georgian, Victorian, Mediterranean, Contemporary, etc. They usually have more than four bedrooms, three or more bathrooms, and a three-car garage. McMansions come with a higher price tag compared to most developments.

Many houses built before World War II are still in the marketplace, often offered at a lower price point. Some are Sears catalog kit houses of the 1920s, others are remnants of a time when people designed and built their own houses. Generally, these old houses are in need of renovation and may be a lot of work for first-time home buyers.

These are traditional upscale custom homes found in one of the area’s most affluent residential neighborhoods, which are typically gated and are on the waterfront or a golf course. Most of these communities are usually well-established and houses themselves feature architectural preferences in general accordance with the neighborhood. These houses command hefty price tags.

These are multiple housing units that are contained within one complex. Units can be next to each other or stacked on top of each other. In the United States, multi-family houses are usually found in the cities and sometimes near central business districts of suburban towns. The most common types of multifamily houses are condominiums and co-ops.

These are types of living spaces similar to an apartment but are independently sellable. The building structure is divided into several units, each of which are separately owned, and surrounded by common areas that are jointly owned. They are frequently constructed as apartment buildings but recently there has been an increasing number of detached condominiums (that look like single-family houses) with jointly owned community centers and infrastructure. Each unit pays a monthly fee called HOA fee to maintain common areas of the property such as hallways, roads, swimming pools, etc.

Unlike condominiums where you own a separate unit, co-op residents do not own real estate, but instead, own stock in the corporation that owns the building. With the purchase of stock shares that are assigned to a particular apartment, you get a lease. Co-ops can be financed but the loans are secured by stock certificates, not by mortgages. Similar to condominiums, shareholders pay a monthly maintenance fee to maintain the property of the corporation.

Some home buyers dream of building their homes from scratch and buy vacant land. If you plan to do this, keep in mind that financing is often difficult, and most transactions involving vacant land happen in cash. However, if you plan to build a house on the land, you can still get a mortgage.

These are a few of the main terms that you will find when looking at homes. It is not exhaustive but hopefully, you’ll have a better idea of what to buy after reading this article.

Should We Be Afraid of Institutional Investors in the Home-buying Market?

Can You Refinance Your Current Home Before Buying A New One?

Determining How Much You Can Afford When Buying A Home

How to Know Which Offer to Accept When Selling Your Home